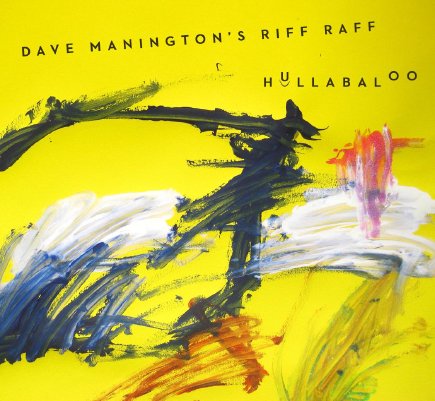 Released in 2013 on Loop Records

The album opens with the aptly named Agile, which is built around a series of originally improvised variations on the main groove/rhythmic figure.

The title track Hullabaloo is more of a mood piece that starts off sounding like some dark and mysterious film music and ends with a great full-on rock guitar solo.

Lingering at the Gravy was written as a springboard for Giles’ drumming. His unique fluid style has been one of the biggest influences on the leader’s own playing and writing over the many years they’ve played together and he starts the tune with a typically inventive drum solo. It is this hard won interplay between all the players that brings such life to Manington’s music.

Water Torture takes its name from the drip-drip of the opening piano figure. And features fine work from Neame throughout.

Catch Me the Moon was written as a more traditional jazz ballad and features fine lyrics from Bereha who also recorded the song of her own Babelfish album.

Pedro Bernardo, is named for the place it was written and there’s a Spanish edge to the harmony with its prevalent Phrygian key centre. Bereha wrote beautiful lyrics for this tune as well.

Not A Worthless Thing is the band’s traditional encore and felt like an appropriate closer for an album that hopes to send you away happy and smiling!