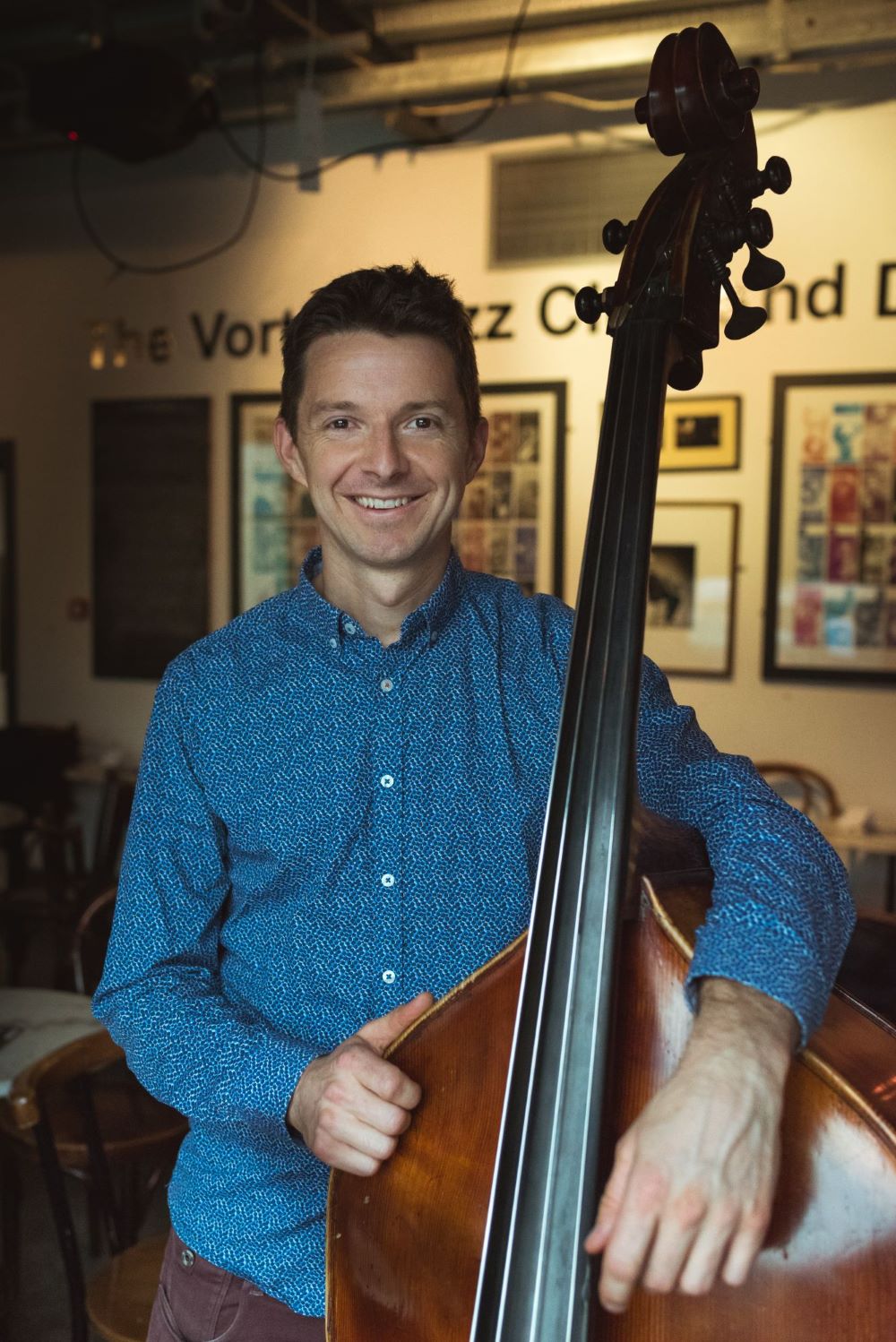 Bassist and composer Dave Manington is one of the mainstays of the London jazz scene, a founder member of the Loop Collective, he has played with many of the pre-eminent jazz musicians in the UK and Europe including Julian Arguelles, Marius Neset, Gwilym Simcock, Mark Lockheart, Tim Garland, Iain Ballamy, Gwyneth Herbert, Pete King and Yazz Ahmed amongst many others. He’s also in demand for a broad range of different ensembles, playing with musicians from everywhere from South America to the Balkans, but the musicians he is most passionate about playing with are his contemporaries, many of whom he has worked with since moving to London to study at the Guildhall. Many collaborations and projects have been spawned from these connections. It was with the most like-minded of these people that he founded the Loop Collective in 2005, to pool creative resources and promote their music more effectively.

His debut quartet album “Headrush” was released on Loop Records in 2008 to critical acclaim. He followed this up with the 2013 Riff Raff album release “Hullabaloo” which was described as “Inventive, forward looking jazz that subtly pushes the envelope whilst remaining thoroughly accessible to the listener.” An even more ambitious Riff Raff album “Challenger Deep” came out in 2018 after an extensive Arts Council funded UK tour. He is also a founder member of the much respected e17 jazz collective. 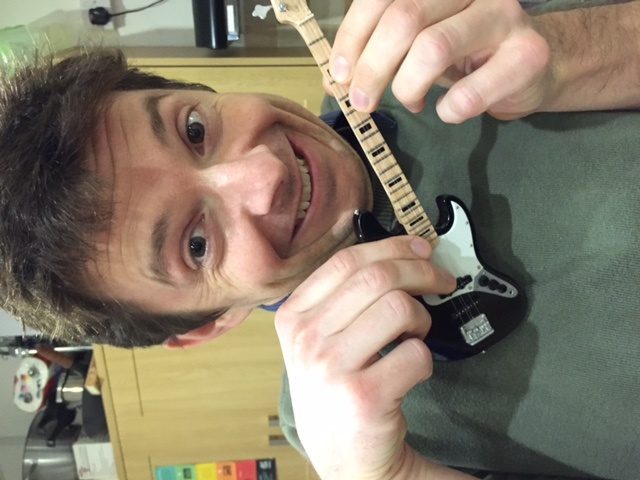 Dave Manington’s Riff Raff is his main ongoing project. This dynamic ensemble of top musicians has developed organically over the last decade and features the highly acclaimed vocalist Brigitte Beraha, pianist Ivo Neame, saxophonist Tomas Challenger, guitarist Rob Updegraff and drummer Tim Giles. The starting point for the music is collective improvisation but compositionally it draws on as wide a range of styles as possible. Folk, electronic music and contemporary classical influences are added to the mix with complex jazz harmonies and rhythms and the music has been developed through countless gigs and rehearsals giving Riff Raff a genuinely unified sound. The band also benefits from the fact that Dave, Rob and Tim have been playing together as a rhythm section for other 20 years since starting out in school bands together and have developed a telepathic understanding.

Dave has also accumulated extensive studio experience recording albums and sessions as a sideman for jazz, pop and singer-songwriters, as well as appearing on film and TV sessions. Dave’s music has been heard on Radio 3 as well as several European jazz radio programs, internet radio stations and on television. He’s played all around the world and appeared in many major international festivals including Algeria, Italy, Poland, Greece, Ukraine, Norway, Lithuania and England over the last couple of years. He was nominated for an Ivor Novello Award for Jazz Composition in 2021, and was nominated for a Worshipful Company of Musicians jazz medal award in 2006. As an educator, he has taught Double Bass, Guitar and Jazz Improvisation in schools and universities for many years, regularly run workshops on Improvisation and ensemble playing, and has been invited to examine the double bass final recitals at the Guildhall School of Music.